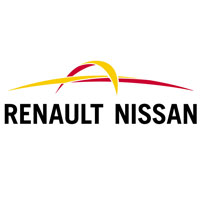 Renault-Nissan Alliance will invest $800 million in Argentina through 2018. CEO Carlos Ghosn visit to Argentina is his first since President Mauricio Macri's inauguration and comes as the Alliance prepares to launch its first dedicated pickup truck manufacturing line to produce vehicles for Nissan, Renault and Alliance partner, Daimler.

The new line represents an investment of $600 million. Ghosn noted it also will mark the first time Nissan will build vehicles in Argentina. Renault Argentina also announced it will invest another $100 million in a new model to be produced at the Santa Isabel plant in Córdoba. This latest investment follows a $100 million investment announced in March 2015 for the production of Renault Sandero, Sandero Stepway and Logan models at the plant.

•    Announced originally in April 2015, the Alliance investment of $600 million led to the signing of an agreement this month with the province of Córdoba
•    The project has the capacity to produce 70,000 units a year and is expected to generate up to 1,000 direct jobs and 2,000 indirect jobs.
•    Three versions of this pickup will be produced in Argentina: the Nissan NP300 Frontier in 2018, followed by the Renault Alaskan and a model for Daimler by end of the decade.

•    Renault's investments in Argentina will enhance the utilization of the manufacturing complex and reaffirm the company's confidence in this market.
•    Renault unveiled the Renault Alaskan in June. Alaskan will be its second pickup after the Renault Duster Oroch, which was launched in 2015. The Renault Alaskan will also be produced at Santa Isabel.
•    Renault expects to reach the Number-2 sales position in Argentina this year, and with these new investments, go for leadership in the mid term.